Dread X 2 establishes itself as a series and I couldn’t be happier with the result.

I have to say, I never expected to get another Dread X entry. The original felt like lightning in a bottle, something that we’d talk about years from now as that cool one-off thing. But now it’s a series and I couldn’t be happier. For the unfamiliar, the Dread X experience is essentially a playable game jam where creators of horror games get a time limit and a prompt. This time around the devs were given “LOVECRAFTING” for their prompt and 10 days to knock their games out. Cosmic horror is my jam so I was pumped coming into this collection from the outset, but a pack of games is only as good as its contents. Don’t worry about spoilers – I’m a horror fan, I know better. Let’s crack this casket. 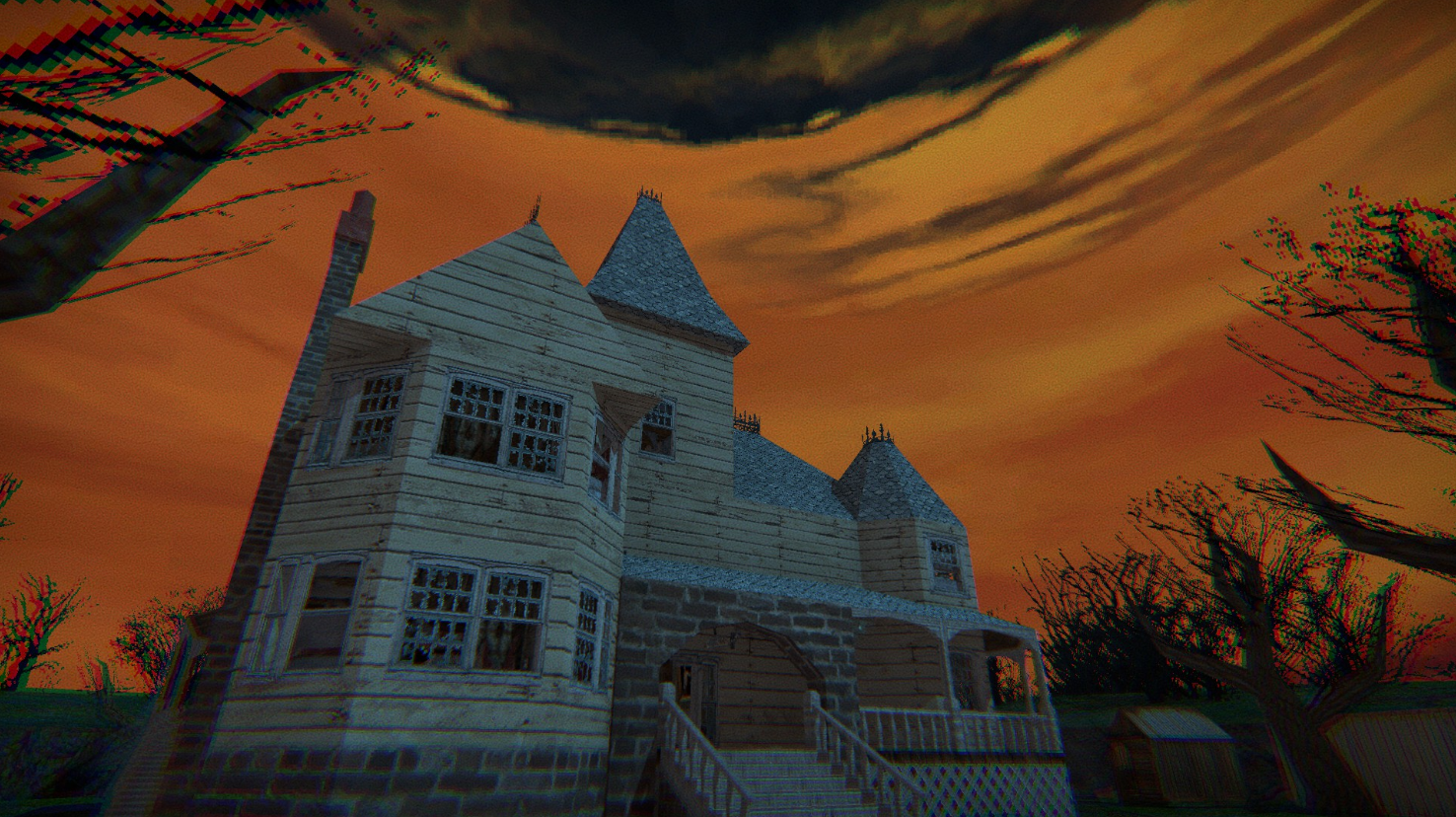 The hub itself: Woah, there’s a hub world now! Created by the same dev who made Shatter in Dread X 1, which was my favorite game there! Yes! This was an incredibly exciting framing device and it absolutely sticks the landing. Having a hub that encourages exploration and has you unlocking the games is brilliant. The narrative is compelling, the atmosphere’s intense, choosing which tapes to unlock is exciting, the comic pages in the tape cases are narrated for dramatic effect, and most importantly it makes the entire experience significantly more immersive. You’re never just in “a menu”, you’re picking which tape to slide into the VCR next to get that cognitive kick. Plus the hub itself contains its fair share of subtle spooks and an ending of its own when you unlock all the tapes! Absolutely phenomenal stuff here.

If solving puzzles in order to progress isn’t what you came here for, no worries. There’s a button on the main menu that’ll let you forego the spooky house, lock yourself in the TV room, and just freeplay tapes however you want. Obviously I recommend playing everything the game has to offer as the house feels like a 13th game that wasn’t even advertised, but for the busy and puzzle-averse horror fan the option is there and good on ‘em for having the foresight to offer it.

I’ll be covering the 12 included tapes in the order I unlocked them. There isn’t really a progression path here beyond just playing them all, so it makes as much sense to do it this way as any. 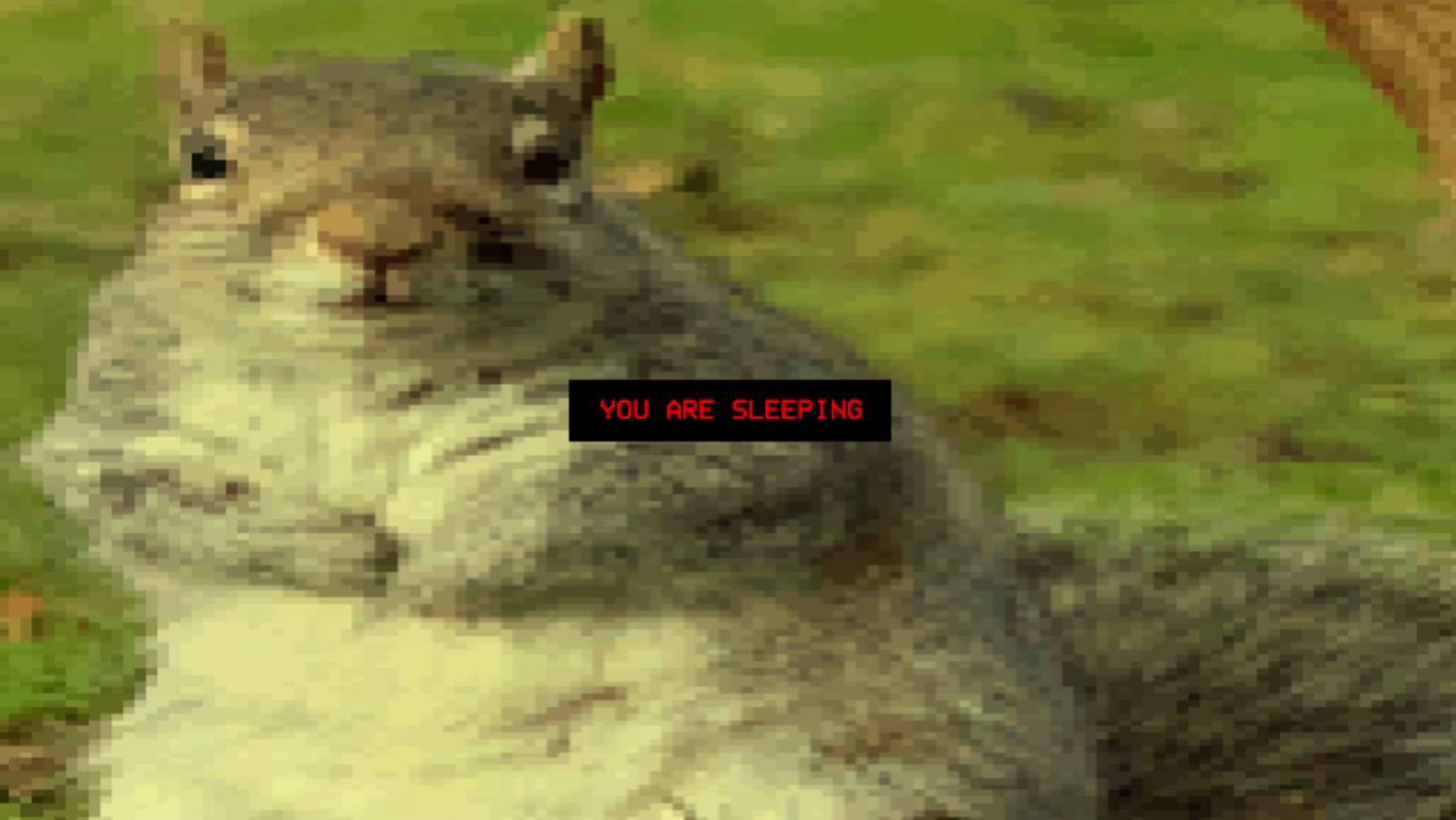 Squirrel Stapler: How could I not start with a game called “Squirrel Stapler”? When the menu popped up and described itself as a “bargain bin hunting game” I had concerns, though I’m not sure what else I expected. The result is a cross between a lost Cabella’s game and Mr. Bucket Told Me To from Dread X 1. You walk, you shoot, you collect, you advance to the next day. Unsurprisingly, things get increasingly spooky as you go down this squirrel-stapling road.

Hunting squirrels is initially pretty easy, but once the objectives start shifting a bit you may find some days run a bit long. That said the game gives you a call to sonar ping for fluffy-tailed-rats and you eventually get the hang of popping them from long range which helps you check off your to-do list quicker. The weird lore snippets and changes in the world as you progress to the final day work well in creating tension, and the ending in particular was a cathartic blast of horror goodness. 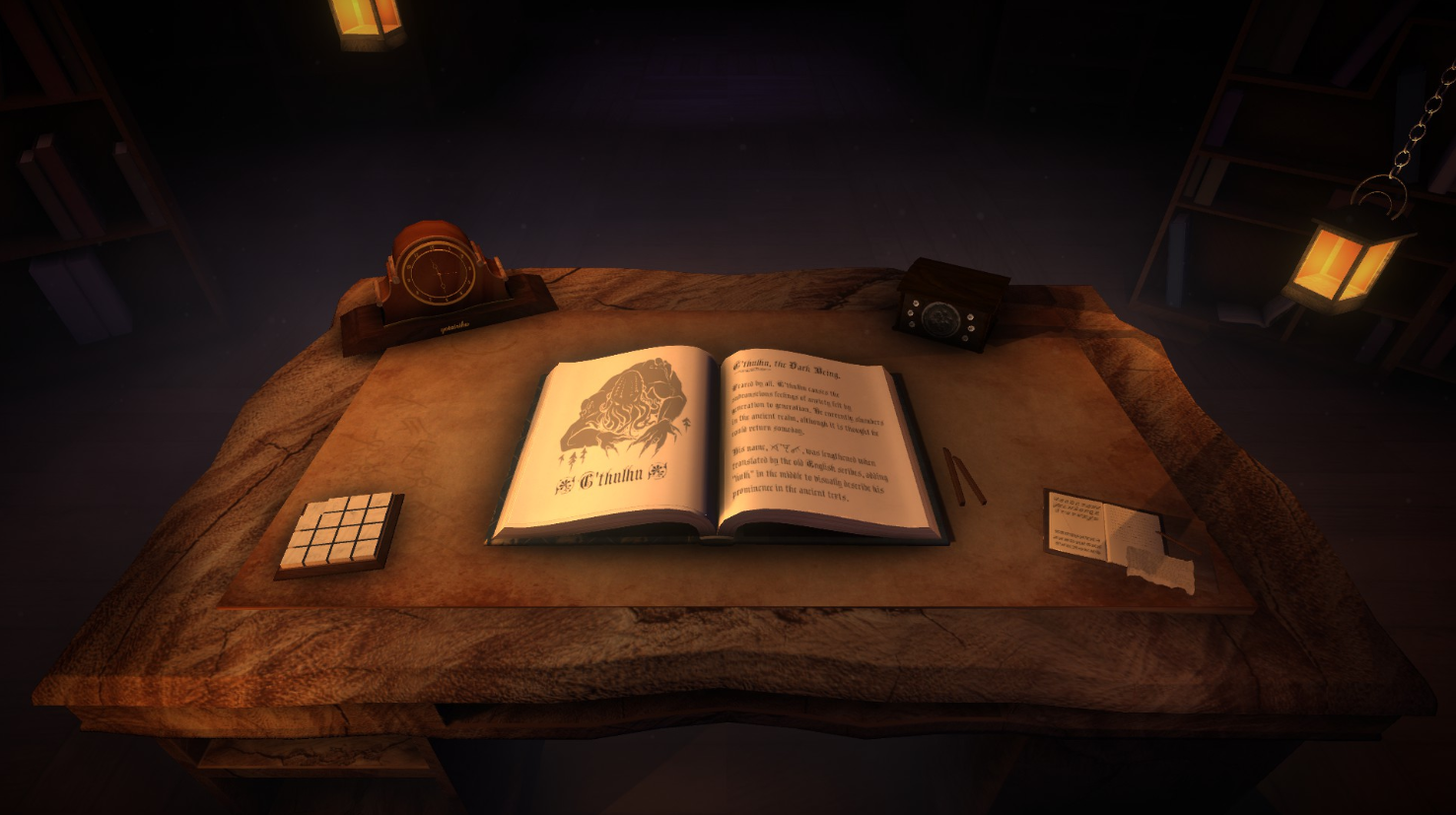 Charlotte’s Exile: This was a great followup to Squirrel Stapler, both as a palate cleanser and in its own right. What you’ve got here is a clever little decoding cypher puzzle. Tearing through the book and finding answers is suspenseful and getting the endings requires just enough brain power to be satisfying without being impenetrable. It was a smidge reliant on SUDDEN LOUD NOISES for its spooks, but they weren’t frequent or unpredictable. Overall it’s a great use of about half an hour and the most overtly Lovecraftian game in this collection.

Sucker for Love: When I saw this on the list I felt like I should’ve tagged Kyle in to review it instead (you know me too well – Kyle), but I went for it anyway. SfL is by far the most visually and tonally distinct of all the games in DX2. When you click this you know exactly what you’re in for and it delivers in spades. Multiple endings, some great writing, and a fantastic VA performance for the eldritch cutie all stand out, but what impressed me the most is how despite being comedic in tone it still managed to instill feelings of unease and tension when it wanted to. This one’s practically tailor made for the content creators out there who want to put on a show; it’s quick, effective, and genuinely charming.

Arcadletra: There are a few walking simulator-adjacent games in DX2. Arcadletra isn’t bad, but it is the weakest of its peers. 90% of it is a very by the numbers stroll through a locked up arcade where things jump out at you. I still don’t really know why it was set in an arcade as it really doesn’t do much with that premise, especially when it switches locales for its ending and that area is MASSIVELY more appealing. Had it focused on its eldritch elements a bit more I likely would be much more positive on the entire thing, but as it stands it feels unfocused and a bit bland right up until the end.

An additional note regarding endings: there are two depending on a choice you make, and the game does you a solid by offering a jump to the end section so players can pick the other rather than forcing another full playthrough. It’s roughly a 10 minute experience so it wouldn’t have been unreasonable to play it twice, but I appreciated the forethought and not having to get my steps in again to see everything the game had to offer.

The Toy Shop: Any bunch of apples is going to have some bruised ones. If I were to describe The Toy Shop in one word it would be “ambitious”. It tries to do and be so many things at once: FPS, adventure game, platformer, and arguably more all wrapped up in one of the most complex plots DX2 has to offer. I love seeing big ideas attempted in these constraints but unfortunately ambition tends not to combine well with a limited schedule, and as a result the game suffers from loads of bugs, hitches, and general jank. Here’s some of the notable issues I encountered in my playthrough:

– Went to a platforming segment, but my character didn’t move to the correct plane along with the camera making jumps impossible and I eventually had to kill myself to reset.

– Outran an un-killable enemy only to fall through the floor and out of the map into the endless void, forcing a restart to a particularly far checkpoint.

– Enemies in this game move and attack completely silently, only making noise on hit or death, and the kryptonite fog-esque draw distance in their segments means they may as well just appear on top of you.

– Settings menu doesn’t close when you hit escape meaning you can play the game with the overlay on top of everything.

– The boss got stuck on the arena’s geometry frequently, sometimes to its detriment, other times in such a way that the room was impossible to complete and required a reset.

I want to be clear – there are some amazing ideas here, particularly with how the narrative is conveyed. Playing a character whose eyes and ears are being monitored and altered in real time is a gripping hook and there are points where the game uses this to impressive effect, particularly during dialog. There is potential in this and I would give a hypothetical Toy Shop 2.0 a try, but I do not want to play this one again.

Whew! Good lord there is a lot of stuff to talk about here. Quick page break to refill my coffee then onto more games, including my favorite of the lot!