I’ve been playing a lot of roguelikes this year. Also roguelites. And rogue-inspired? That’s a thing now? Look, they’re games where you start over because you die a lot. Clear?

In the interest of freeing up the glorious month of Spooktober for horror goodness I’m going to review all of these in a batch. Four and a half mini-reviews (you’ll understand when you see it) for the price of one! Think of the value, we’re practically giving them away! Let’s roll. 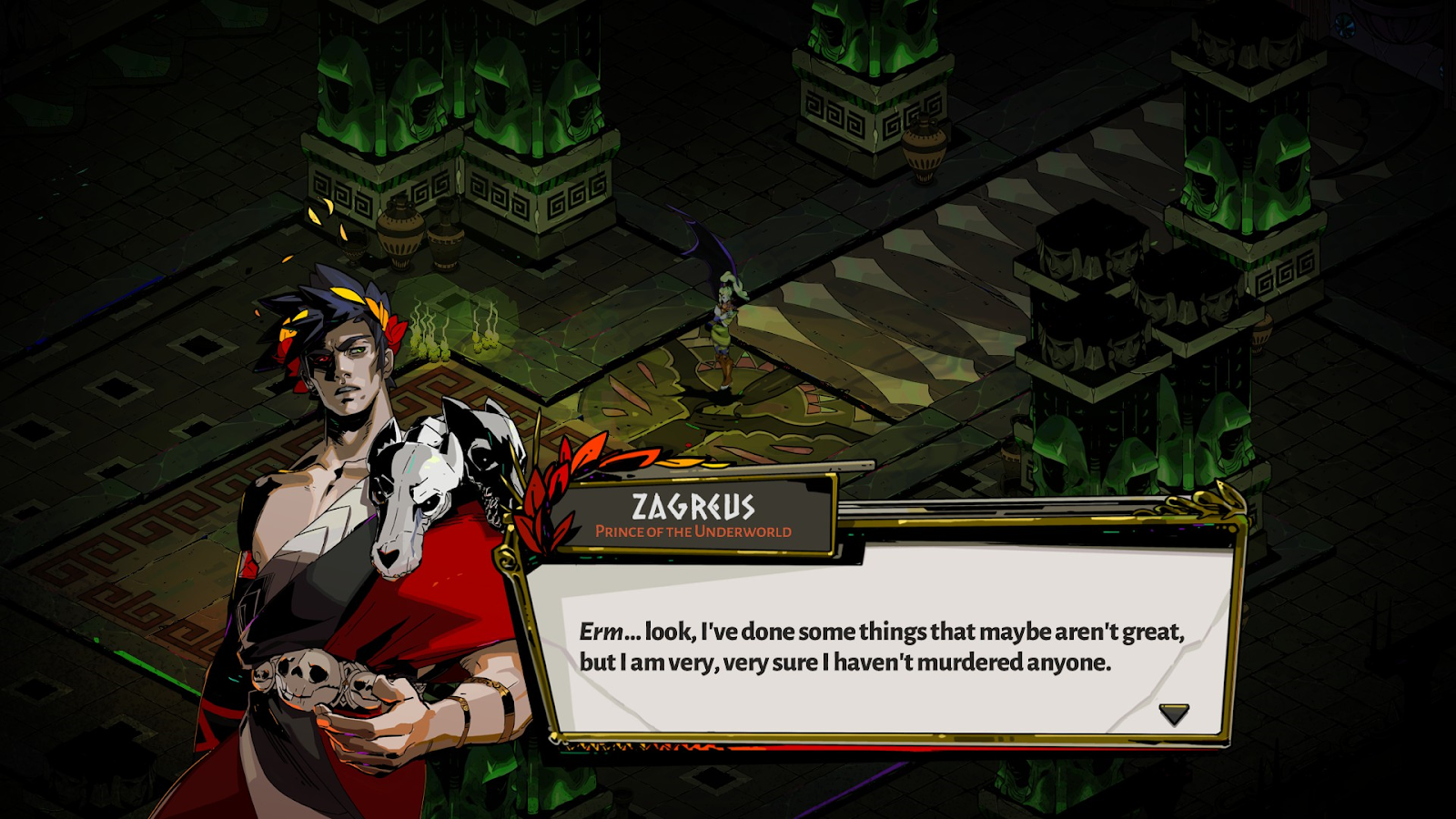 Time to make some people mad. Look, I enjoy playing Hades. It’s got solid combat, brilliantly flexible difficulty scaling that helps maintain challenge even when you’re on your 10th run with your favorite weapon, and gorgeous presentation both in its visuals and audio. But I’m Greek, and I cannot skim past how awful of a job it does at actually utilizing its source material.

First and foremost, let’s address the fact that this is yet another game where “Europe is One Place”. Greece has snow capped pine trees for some reason, the most exciting weapons are from other cultures’ mythologies, and despite gorgeous depictions of the gods themselves (this is maybe my favorite rendition of Athena ever) over half the cast is voiced with British accents. Now to be clear I am not faulting the voice actors themselves. They all did an excellent job to a fault, delivering what they were given with strong range and emotion. But I can place the blame on Supergiant themselves for casting a predominantly British set of VA for a set of characters as diverse in look and feel as the pantheon. I understand that they’re a relatively small studio that often works with the same set of actors, and I’m a fan of several of the folks used, but it’s incredibly tiring that most of the cast in a Greek mythology game sounds like they’re on their way to meet the queen for tea and crumpets.

But that’s not the main problem. What hurts more is that Hades’ use of Greek mythology is lazy. It isn’t even set dressing; it’s barely present, carrying none of its impact in theme or setting or even play. Characters are barely characters, mostly existing to fill a gameplay function and provide yet another social link to complete. A set of characters this storied and complex leaves no excuse to be presented in such a hollow manner. The Cathonic gods brood until post game, the Olympians are bumbling idiots except for Hermes and arguably Athena, and everyone else exists to react to Zagreus looping again and again. Initially I had hope for what would develop run after run as their dialogue kept changing, but over time I realized that said changes are mild to the point of flavorless-ness. There’s also some really bizarre omissions – where’s Hera in all this drama? Hephaestus doesn’t handle the weapon upgrades? The only primordial rep is Chaos? Why?

On top of that the plot is limp, largely consisting of re-telling established myth powered by motivations that make no sense in the greater context of the established rules of the world. The story can’t revolve around the consequences of Papa Hades and Persephone’s actions if we’re shown time and time again that the Olympian gods have the memories of goldfish. By the time credits rolled I was glad because it meant I could focus on just enjoying the game without the constant plot breaks.

Supergiant normally gets a pass on writing quibbles because they create new, exciting worlds with new, exciting concepts. This time they took a stab at something established, something beloved, and completely duffed it. I recognize that this is a me problem and most people will just be glad that all the gods are hot, but I am me and their choices affected my enjoyment so the problem remains. Next time be less British. This was one of my most anticipated games of the last several years. Spelunky was practically perfect, a game that I spent a ton of time with in both its freeware incarnation and HD redux. I avoided looking at anything about S2 so that the journey and discoveries would be as fresh as they were in the others. I tried to check my expectations somewhat but maybe I didn’t do quite enough, because I’ve found myself slightly disappointed with what’s essentially “Spelunky HD: The Lost Levels”.

Spelunky 2 feels like an expansion pack that should have been selectable from the menu of Spelunky 1. There are some truly innovative bits that couldn’t have been in the original, like flowing lava moving in a semi-realistic manner, but the vast majority of this is a remix of what we already know with more stuff added on. Sections you know have some new hazards, characters have been replaced with different ones, items you’re used to interact differently with new items, etc. It’s basically the game you know, but a bit harder and longer.

Admittedly I haven’t seen everything yet because this is Spelunky, and Spelunky is inherently massive. I haven’t killed H-[REDACTED] yet. If the game fundamentally changes afterwards maybe I’ll change my mind. As of right now my take is this: I’m glad to have Morelunky. Morelunky is good and I’m grateful to have it. I just couldn’t help feeling a bit sad that we didn’t get a truly Newlunky. 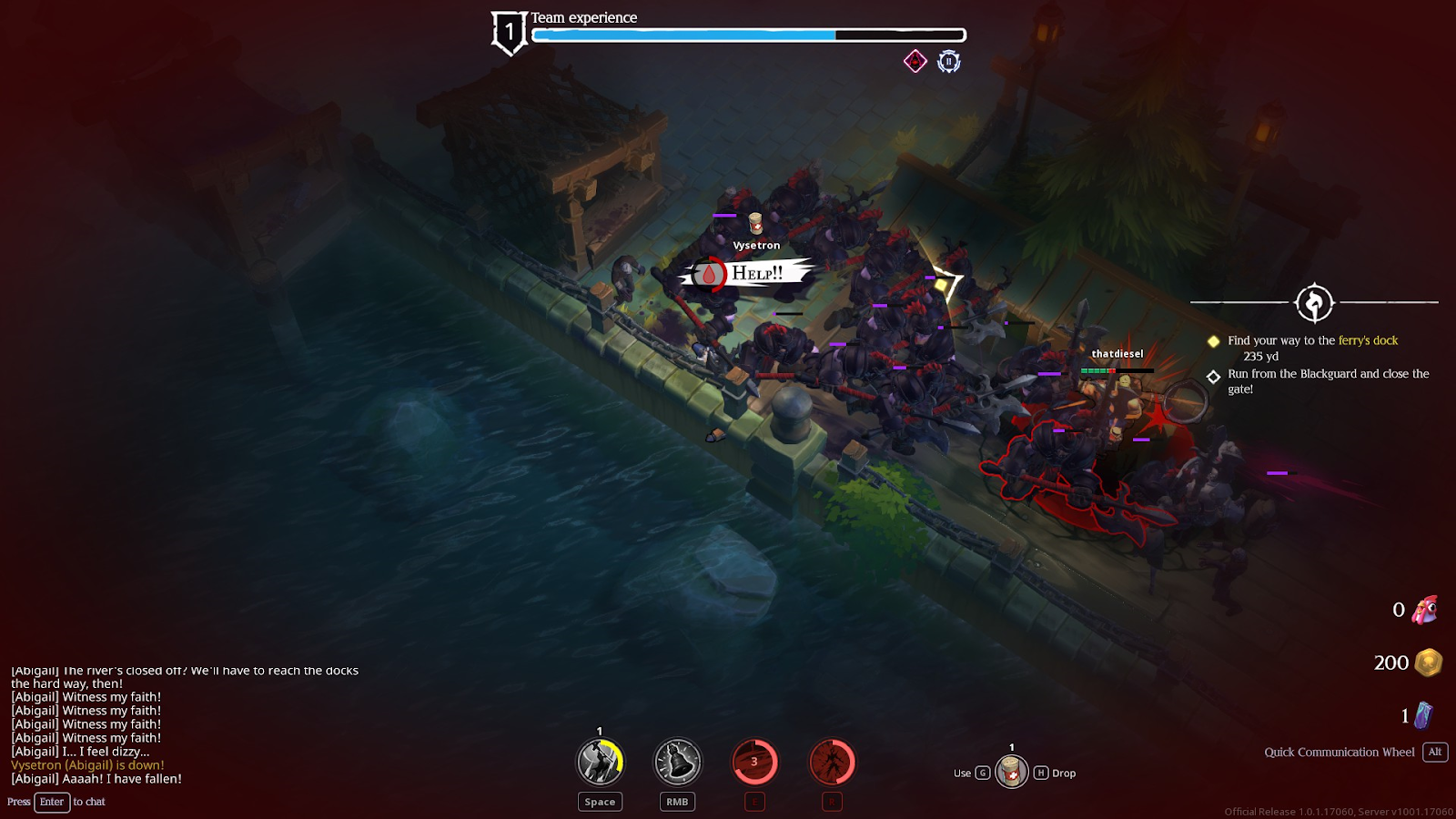 Darksburg’s got a lot of good ideas in a Rogue-lite-but-there-really-isn’t-that-much-run-to-run-progression framework. It’s also Left 4 Diablo, feels like a MOBA in motion, and I could keep rattling off my gamer cred but I’ll stop. Point is it’s a hodgepodge of a bunch of great tastes that mostly taste great together. The problem is that there’s barely any of it.

Much like the game itself, this entry’s ending just shy of being fully satisfying! I don’t want to steal Kyle’s thunder since he’s going to give it a proper review down the line. Please look forward to it. 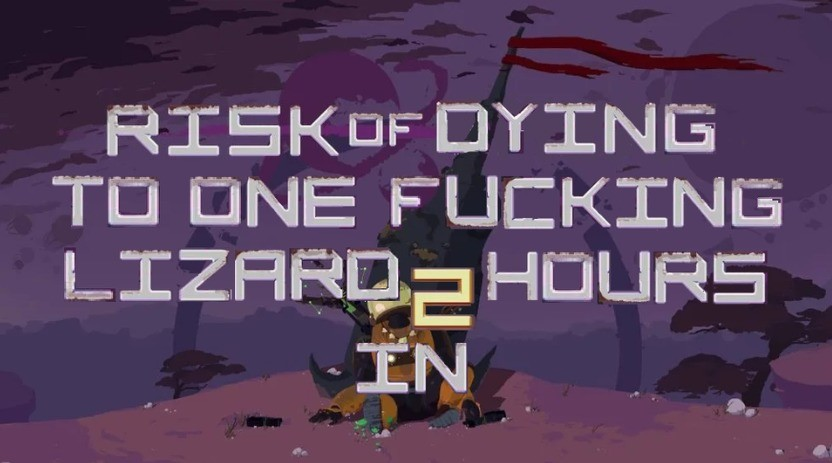 Yo, this actually came out? Rad!

I was so used to RoR2 just being an early access game that I checked in on periodically that it hitting 1.0 and officially “coming out” was kind of surprising. There’s a super cool final boss, which means there’s an actual ending, but who cares about all that let’s talk about the CAPTAIN baybeeee! He’s got airstrikes!

In all seriousness, Hopoo nailed the core gameplay from day 1 and just kept adding quality content from there. Characters, enemies, levels, items, memes, the list goes on. The sheer amount of game to play here boggles the mind. It’s as easy or as hard as you want it to be and has the Spelunky-esque esoteric world to unravel and unlockable rewards for almost all of them.

This isn’t so much a mini-review as a full-throated endorsement. Risk of Rain 2 is a great game solo or with friends (though I heartily recommend the latter in particular) and will give you untold hours of enjoyment. Highly recommended. I’m only slightly joking depending on what happens in the next 3 months. Monster Train is absolutely brilliant, completely supplanting the likes of Slay the Spire in every regard. Shorter runs? Check. More variety? Check. Customizable cards? Woah, that’s super cool and also in the game. 5 card pools plus neutrals? 10 heroes? More bosses than StS has ever had? Sweet baby imp Jesus there is a ton of game.

MT can initially be intimidating, but I’ve found it helps to think of it in the same way you would a tower defense game. The enemies will always climb from bottom to top, so you need to soften them up early while making sure you can finish them off late, but also not lose too many units because once they’re played they’re effectively removed from your deck. Now of course, this being a card game, literally everything I just said can be broken. Especially that last part about units staying dead if you play my favorite faction: the weird candlepeople that constantly heap on more wax in order to avoid their ever encroaching demise by burnout. Fun!

As you lose your first few games you’ll get your roguelite unlocks going and start to find favorite combos. Maybe you enjoy the magical Stygians supplemented with a bit of fire, or the ever-hungry buff stacking Umbra with some of green’s healing. The most recent update went so far as to double the number of playable champ units from 5 to 10, completely shattering the established archetypes and offering so much variability in terms of deckbuilding that I can’t even begin to rattle off all my favorites here.

One of the other key areas where MT innovates is in how its fights are structured. In similar games you simply fight like other roguelikes, only with cards determining your actions instead of just doing things. MT instead puts you on a timer, demanding that you handle waves of enemies capped off with a boss as efficiently as possible. Early on hits to your Pyre are just nicks and scratches, but by mid-game that’s potentially fatal, and since each run is a whole 8 fights with breaks between that’s a mighty quick pace to keep up with. Fortunately your deck’s power is equally capable of spiking; by the end of each run your deck will have gone through an incredible transformation driven entirely by your choices, making every win tremendously satisfying.

What’s truly impressive is that MT feels whole, complete, finished, despite that very much not being the case. The devs at Shiny Shoe are nowhere near done here, with plans to continue supporting the game with free content for the foreseeable future. I keep coming back because it keeps giving me reasons to, which it doesn’t even need to do because the game we have is already good enough. That’s an incredible departure from the norm nowadays and one that more than warrants attention. It’s one of the best digital card games I’ve ever encountered, full stop. Play Monster Train.

All games reviewed on Steam.